On Monday, the Critics’ Choice Association announced that the beloved actor will be honoured with the award for his remarkable four-decade career.

“The Critics’ Choice Association (CCA) announced today [Dec. 30] that film icon Eddie Murphy will receive the Lifetime Achievement Award at the 25th Annual Critics’ Choice Awards. Murphy will be feted for his extraordinary roles over the years, most recently his brilliant portrayal of the legendary Rudy Ray Moore in Netflix’s ‘Dolemite Is My Name,’ for which he is nominated for Best Actor,” the CCA wrote in their official statement.

“Eddie Murphy is the most commercially successful African American actor in the history of the motion picture business and is one of the industry’s top-five box-office performers overall. Murphy is on the very short list of actors who have starred in multiple $100 million pictures over the past three decades, from ‘Beverly Hills Cop’ to ‘Daddy Day Care,’” the statement continued. 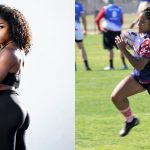 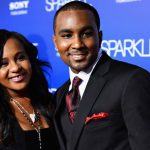