Sources say that Sony has a few major sequels in motion: Bad Boys 4 and National Treasure 3.

Bad Boys for life released Friday afternoon and sources said Bad Boys 4 is coming and is developing. We will have Bad Boys 4 sooner than expected if everything goes according to plan.

“The script wasn’t right,” he said. “And Will, to his credit, refused to do the movie until the script was right. It wouldn’t have been a good movie. We didn’t want that. We wanted to do a sequel where people would go, ‘Oh, man, that’s what I’m talking about. It just gets better.’”

Bad Boys for Life is in theaters this weekend! GO SEE IT. 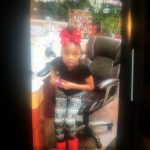