Relatives found a 78-year-old grandmother fatally shot inside her southeast Houston home late Wednesday. Police are on the hunt for her killer.

A family member identified her as Owena McHenry.

McHenry was targeted because this was the second time officers responded to her home Wednesday for a shooting report, says police.

Relatives said about 1 a.m. someone went to the woman’s bedroom window and fired seven shots at her bed. The grandmother was sleeping on the opposite side of the bed that she normally does, and she was not hurt.

But less than 22 hours later, police were back at the home after the woman’s daughter and grandson found her dead inside from an apparent gunshot wound to the head. In the second shooting, police said it appeared the shooter was inside the home, shooting the victim in her head at close range.

At this time, police do not have a motive or suspect in the case. Police do not believe it was a robbery because nothing appeared to be disturbed or missing in the home. 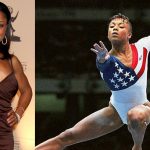 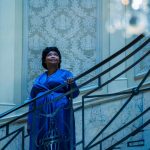