Roger Goodall, The NFL commissioner said Wednesday the league has “moved on” from former San Francisco 49ers quarterback Colin Kaepernick, who changed the venue last-minute for an NFL sponsored workout and held his own workout last month.

“This was … about creating an opportunity, which Colin’s representatives came out in early October and we created that opportunity. It was a unique opportunity — an incredible opportunity and he chose not to take it. I understand that. And we’ve moved on here,” Goodell said at the National Football League owners’ meetings at Las Colinas, in Irving, Texas.

Colin Kaepernick’s representatives said he wanted the session to be open to the media and the NFL said no forcing him to change the location. Kaepernick was told no to bring his own film crew to the previous venue.

The league said it was disappointed by the last-minute change of venue, which the NFL said happened 30 minutes before the start of the event. The NFL accused Kaepernick of not showing up for the event.

Kaepernick’s team sent video from his workout to all NFL teams with that message, the representative said then.

Apparently, the hopes of Colin returning to the NFL is non existent. He’s had a great but short career and will always be a hall of famer in our book. Colin stood for his people and for a cause greater than himself. This is and will always bigger than the NFL. 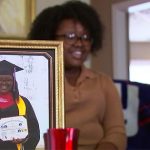 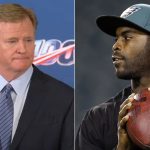